What next for Australia’s new net-zero reality

Australian commodities have hitherto operated with little carbon regulation, but under the Labor government lobbying is set to become ‘frenetic’.

In Australia, the new Labor government is taking ambitious action on climate change. The newly elected prime minister, Anthony Albanese, and minister for climate change and energy Chris Bowen, have announced plans to update the Nationally Determined Contribution (NDC) under the Paris Agreement to the executive secretary of the UN Framework Convention on Climate Change.

The NDC formalises Australia’s pledge to reduce greenhouse gas emissions by 43% below 2005 levels by 2030, which will put the country on track to achieve net-zero emissions by 2050.

The government’s ambitious plans include A$20bn in investments in decarbonisation of electricity grids, declining emissions baselines for Australia's big emitters, and expected adoption of international reporting standards for large businesses.

Additionally, the government is set to enshrine its targets in legislation, providing the certainty industry and investors have been seeking.

The Labor government’s update to the NDC under the Paris Agreement represents a shift in Australia’s political attitude towards climate change. Australia has had a policy in place since 2016 that sets emissions baselines for sites that emit 100,000 tCO2-e per annum. But according to Harriet Kater, climate lead (Australia) at the Australasian Centre for Corporate Responsibility, this was “entirely ineffective” under the previous government.

The new Labor government plans to decrease those baselines to incentivise emissions reductions. These baselines and decline pathways are yet to be determined.

Large Australian companies like metals and mining group BHP will be affected by the government’s updated policy, as Kater explains: “The primary Labor government policy that will affect carbon-intensive resource companies like BHP is the safeguard mechanism.”

Kater says: “Having enjoyed a long period without any form of carbon regulation, the lobbying from companies and their industry association will be frenetic as the baselines are established.”

One feature of the new policy is the acceptance of Australian carbon credit units (ACCUs) as abatement. According to Kater, this is concerning since Australia’s carbon market has recently been rocked by major integrity concerns. “A challenge for Labor is its ongoing commitment to new oil, gas, and coal production and the impact this will have on Australia’s emissions’ reduction trajectory, along with our chances of a stable climate,” Kater adds.

Guidance around 2030 and 2050 targets are set to enable investors to make better decisions. Kater suggests that considering Australia’s improved but still modest 2030 target and the risks surrounding the Safeguard Mechanism, investors should maintain pressure on companies to set science-based emission reduction targets for Scopes 1, 2 and 3.

Healey explains the best way of providing investors with the transparency and comparability they need for their decisions, will be to get existing standards into the asset management community.

“This does not necessarily have to be individual rating agencies scoring but about whether the company in question has got sufficient information on Scope 1, 2 and 3,” she adds.

According to Kater, investors in Australia should closely monitor the conduct of companies and their industry associations as they engage with the policy development process to ensure its integrity is not eroded beyond repair. 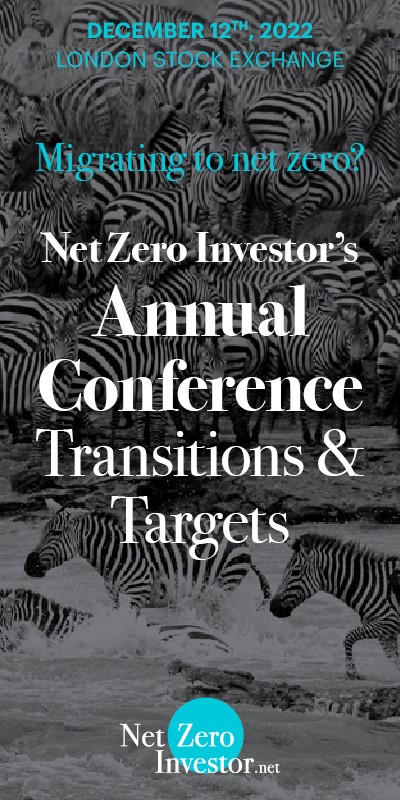 Roadmap roundtable: We know what the problems are, so what are the solutions?
The art of climate resolutions
Birol: solar set to be ‘king of global power markets’
Slow and steady return to ESG predicted after DoL rule change
PRI takes issue with energy firms supporting fossil fuel trade bodies

The art of climate resolutions

Birol: solar set to be ‘king of global power markets’